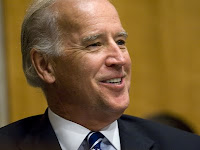 In an effort to cover the top 2-3 hedge fund centric news stories each day related to hedge funds here's a piece on Joe Biden's family and their ongoing legal battle regarding a hedge fund business.

A son and a brother of Sen. Joe Biden Jr. (D-Del.) are accused in two lawsuits of defrauding a former business partner and an investor of millions of dollars in a hedge fund deal that went sour, court records show.

The Democratic vice presidential candidate's son Hunter, 38, and brother James, 59, assert instead that their former partner defrauded them by misrepresenting his experience in the hedge fund industry and recommending that they hire a attorney with felony convictions.

The legal actions have been playing out in New York State Supreme Court since 2007, and they focus on Hunter and James Biden's involvement in Paradigm Companies LLC, a hedge fund group. Hunter Biden, a Washington lobbyist, briefly served as president of the firm.

A lawsuit filed by their former partner Anthony Lotito Jr. asserts in court papers that the deal was crafted to get Hunter Biden out of lobbying because his father was concerned about the impact it would have on his bid for the White House. Biden was running for the Democratic nomination at the time the suit was filed.

Hunter Biden was made president with an annual salary of $1.2 million, despite his inexperience in the hedge fund industry, the lawsuit said. Before that, he had been part of the Washington law firm Oldaker, Biden & Belair, which earned $1.76 million in lobbying revenue in the first half of 2006, according to Congressional Quarterly's CQ MoneyLine. One of its biggest clients is the National Association of Shareholder and Consumer Attorneys, a District-based group representing law firms specializing in investment and corporate law....Read the rest of this article here.
__________________

Update: Here is another article excerpt on Joe Biden:

According to Joseph Biden, the hedge fund industry and private equity deserve the blame for the global credit crisis.

During that debate Biden, named vice president on the Obama ticket over the weekend, characterized the hedge fund industry and private equity as “no transparency, no accountability.” Read the full article here.