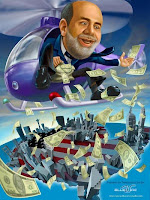 There was a great hedge fund performance article written up by the Financial Times last week. In it they discuss how some hedge funds navigated late 2007 volatility in relation to how the banks have largely been slow to act and were mostly caught without a chair to sit when the sub prime music stopped. Here are some excerpts from the story:

The former Goldman Sachs trader who is now president of Fortress Investments, a hedge fund with $40bn (£20bn, €27bn) under management, pointed out that for years the assumption had been that hedge funds would bring financial disaster. Mr Novogratz went on to observe, according to one participant, that instead it was the banks that “blew up the world”.

“If you are handing out report cards for 2007, the hedge funds are looking like some of the smartest kids in the class at the moment,” says John Coyle, head of the group looking after private equity firms at JPMorgan in New York. “There was a common belief that hedge funds would be the most exposed when the capital markets turned. That has not happened to date.”

Whether the Wall Street business model is terminally flawed or merely poorly executed, hedge fund managers say their own template is superior. “Because it is our capital, we move more quickly to reduce risk,” says the head of risk at a big Connecticut-based hedge fund.

At the banks and brokerage firms, many hedge fund managers argue, there is a weak alignment of interests between staff and shareholders. Incentives are skewed toward uncontrolled risk-taking on the theory that heads, the traders win; and tails, the shareholders lose. They are playing with other people’s money but the bonuses when they bet successfully are all theirs.

If you would like to read the full article it is available here.